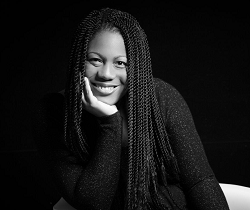 Austin Channing Brown is a speaker, writer and media producer providing inspired leadership on racial justice in America. Channing is the author of I'm Still Here: Black Dignity in a World Made for Whiteness and the executive producer of the web series The Next Question.  By using an intentional mix of humor, pop culture, story-telling and audience engagement, she evokes thought, feeling and action as she celebrates the possibility of justice in our organizations and communities. 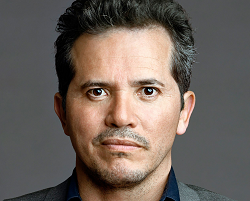 Emmy Award Winner John Leguizamo has established a career that defies categorization. A multi-faceted performer, writer and directory, Leguizamo's work in film, theatre, television and literature cover various genres with boundless and visceral creativity. From November 2017 to February 2018, Leguizamo starred in the hit one-man Broadway show "Latin History for Morons." Inspired by the near-total absence of Latinos in his son's American history class, Leguizamo embarked on a frantic search to find a Latin hero for his son's school project. On May 1, 2018, the show was nominated for the Tony Award for Best Play.

"First Gen Superpowers: Latino identity and the mindset to succeed" 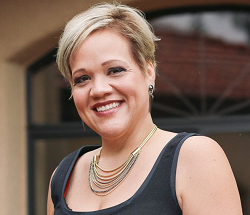 Marisel Herrera understands what it is like to be a first-generation, urban, academically talented Latina college student who successfully rebounded. Author of Puerto Rican Goldilocks: A Lyrical Journey Through El Barrio, Herrera is an educational leader with 25 years of experience. Herrera's message affirms the power of education, faith, resiliency, culture, relationships and community to transform one's life.

An Evening with Dr. Temple Grandin 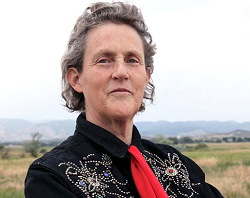 Temple Grandin was diagnosed with autism as a child and went on to pursue work in psychology and animal science. In addition to autism advocacy, Grandin is well known for her work regarding animal welfare, neurology and philosophy.

**A recording of the event is available on the GRPM YouTube channel.

“What Do You Have to Lose? Unpacking America’s political landscape” 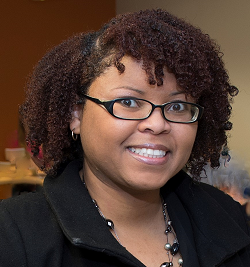 Dr. Trimiko Melancon, a professor, scholar, cultural critic, and documentarian, is the award-winning author of Unbought and Unbossed: Transgressive Black Women, Sexuality, and Representation and co-editor of Black Female Sexualities. An expert on race, gender, sexuality, and African American culture and media, her 2020 film, "What Do You Have to Lose?" on race, politics, and the post-Obama Trump era, won the Best Feature Documentary Audience Award. The documentary "What Do You Have to Lose?" explores the history of race in the United States to shed light on the current political and racial landscape in America during the post-Obama age of Trump.

“LatinX: Unpacking the experiences of transgender and non-binary communities.” 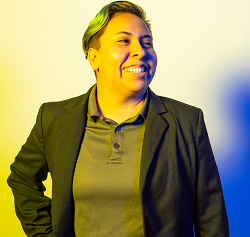 Bri Sérráno is a Capricorn, first-generation student, neurodiverse/Latinx/trans/masc/non-binary, and queer scholar of intersectional transgender studies. Bri’s research examines race consciousness in holistic admissions at selective institutions, the gender binary in admissions, and the insider/outsider experience of queer and trans Latinx/o people in higher education. This work is explored through the theoretical framework of Critical Trans Politics (Spade, 2015). 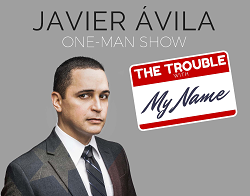 “Marginalization stifles innovation: The plight of racial minorities in S.T.E.M.” 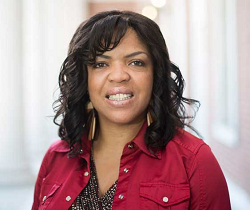 PRIDE OUTside the box with Da'Shaun Harrison

“The politics of Anti-Fatness as Anti-Blackness.” 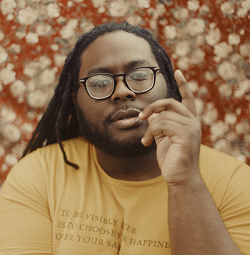 Da’Shaun Harrison, a fat, Black, disabled, and non-binary trans writer, abolitionist, and community organizer, is the author of Belly of the Beast: The Politics of Anti-Fatness as Anti-Blackness. In addition, Harrison facilitates workshops on Blackness, queerness, gender, fatness, disabilities, and the intersection at which they all meet.

PRIDE OUTside the Box illuminates scholar-practitioners, artists, and initiatives that critically examine socio-political, economic, and identity issues from an intersectional framework (Crenshaw, 1989). The desired outcome is to challenge the campus community and our partners to pivot from binary thinking that may be perceived as narrow, unimaginative and lacks empathy. 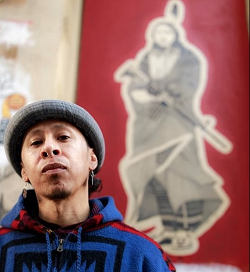 As Hip Hop spread across the country, it made its way down to the borderlands of El Paso, Texas, where it found teenaged Arturo Hernandez and renamed him Artson. A descendent of the Tarahumara people, Artson recognized the connection between hip-hop and indigenous culture.

Native American Film and Art Festival: PRIDE OUTside the box

Ben-Alex Dupris is the director of "Sweetheart Dancers." He is Miniconjou Lakota and an enrolled member of the Colville Confederated Tribes where he grew up. Dupris creates work that pushes the boundaries of modernity and traditionalism, changing perspectives of Indigenous concepts without censorship. He spent five months on the ground documenting the Standing Rock occupation and continues his work in honor of Indigenous people and his traditional homelands.

Adrian and Sean are the “Sweetheart Dancers,” who broke ground in powwow communities by entering the popular couples competition. The special dance contest is held annually in various parts of the country. They are the first “Two-Spirit” couple to enter the contest and continue to pave the way for LGBTQ Indigenous people. 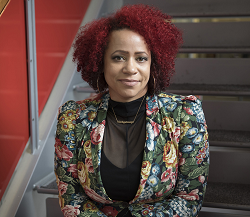 Nikole Hannah-Jones, inaugural Knight Chair in race and journalism at the Cathy Hughes School of Communications at Howard University, is a MacArthur Fellowship recipient for “reshaping national conversations around education reform.” Professor Hannah-Jones is the creator of the New York Times Magazine’s “The 1619 Project,” about the history and lasting legacy of American slavery. Hannah-Jones wrote the project’s introductory essay, which ran under the powerful headline “Our Democracy’s Founding Ideals Were False When They Were Written. Black Americans Have Fought to Make Them True.” The essay earned Hannah-Jones her first Pulitzer Prize for commentary. Nikole was recently named Time’s 100 Most Influential People of 2021. She is also the recipient of a Peabody Award, two George Polk Awards and is a three-time National Magazine Awards winner. 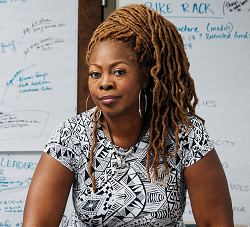 LaTosha Brown, a 2019 fellow with The Institute of Politics at Harvard University, is an award-winning organizer, philanthropic consultant, political strategist, and jazz singer with over twenty years of experience working in the non-profit and philanthropy sectors on a wide variety of issues related to political empowerment, social justice, economic development, leadership development, wealth creation, and civil rights. Brown is the co-founder of Black Voters Matter. This power-building southern-based civic engagement organization was instrumental in the 2017 Alabama U.S. Senate race and the 2020 U.S. Presidential election.

-Returning to 'normal' is not an option: Finding healing and meaning in our work- 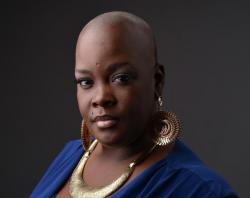 Sonya Renee Taylor is the founder of The Body is Not An Apology, a digital media, and education company promoting radical self-love and body empowerment as the foundational tool for social justice and global transformation. Sonya’s work as a highly sought-after award-winning performance poet, activist, and transformational leader continues to have a global reach. Sonya is the author of two books, including The Body is Not an Apology: The Power of Radical Self-Love (Berrett-Koehler Feb 2018). In 2016, Sonya was invited to the White House to speak at the forum on the intersection of LGBTQIAA and Disability issues. In 2017, Sonya was awarded the Quixote Foundation’s “Thank You Note, a $25,000 award for leaders and artists working in the field of reproductive justice. 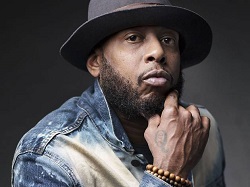 After nearly 20 years of releasing mesmerizing music, Talib Kweli stands as one of the world’s most talented and most accomplished Hip Hop artists. Whether working with Mos Def (Yassin Bey) as one-half of Black Star, partnering with producer Hi-Tek for Reflection Eternal, releasing landmark solo material, or collaborating with Kanye West, Pharrell Williams, Just Blaze, J Dilla, or Madlib, Kweli commands attention by delivering top-tier lyricism, crafting captivating stories and showing the ability to rhyme over virtually any type of instrumental. In 2021, Kweli released his memoir, Vibrate Higher: A Rap Story. A reviewer for the Washington Post wrote, “the push-pull between commercial hip-hop, with its frequent emphasis on empty materialism, and Kweli’s message-driven, occasionally preachy and invariably less popular conscious rap is one of the main preoccupations at the heart of the [book].” 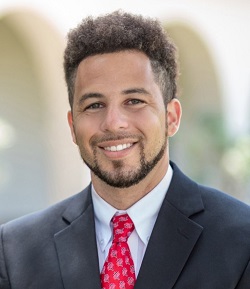 The Cultural Competence Institute curriculum focuses on implementing organizational change in environments where conscious or non-conscious cognitive behaviors influence prejudice and discrimination. A prerequisite for enrollment in CCI courses includes, but is not limited to, Intergroup Dialogue training, Institute for Healing Racism training, Cultural Intelligence training or training, and experience in other areas related to equity-centered practices.