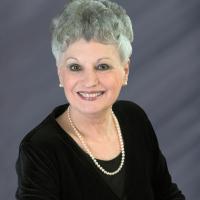 Cynthia Bristol was elected to the Board of Trustees on November 4, 2014 for a term that runs from January 1, 2015 – December 31, 2020.   She was an instructor at Grand Rapids Community College in the music department for 22 years.

In addition to teaching at the college, she was a music instructor at Grand Valley State University and teaching assistant at Western Michigan University in the music department.

Cynthia was honored by Western Michigan University with induction into Pi Kappa Lambda, a National Music Honor Society in recognition of a student’s excellence in educational accomplishments and the furtherance of education.  Other awards include Michigan Music Teacher of the Year, Michigan Music Teachers’ Association and Piano Teacher of the Year, Piano Teachers’ Forum of Grand Rapids.

She is married to Robert S. Bristol and they are the parents of a son and daughter, both of whom were students at Grand Rapids Community College.