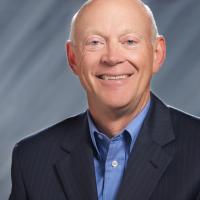 Mr. Koetje earned his bachelor’s degree in Sociology and Economics in 1972 from Grand Valley State University and a master’s degree in School of Administration in 1976 from DePaul University.  From 2002-2005 he was part of the Harvard Graduate School of Education’s Change Leadership Group, this group of thirty educators were selected to assist the Graduate School of Education staff in their development of change models for schools.

Throughout the past twenty-five years Mr. Koetje has served on numerous church committees, community boards, non-profit boards, and community fund drives.  He has also spoken at leadership, education, and parenting conferences throughout North America.