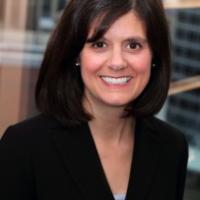 Ms. Bruinsma earned her bachelor’s degree in political science in 1992 from Providence College with honors. In 1991 she was inducted into Pi Sigma Alpha for her scholarship in political science. From 1992 to 1994 Ms. Bruinsma worked as a Legislative Director for the Boston Mayor’s Commission on Affairs of the Elderly. Since earning her law degree from the University of Notre Dame Law School in 1997, Ms. Bruinsma has represented businesses in state and federal courts.

Kathleen and her husband Jim have a son and a daughter in East Grand Rapids and Grand Rapids Public Schools and are members of Friends of the Ford Museum, Blandford Nature Center, and the Grand Rapids Art Museum.