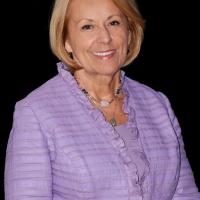 Kathy's first alma mater is Oakland Community College where she earned an Associate Degree in Business Administration.  She then attended Siena Heights University in Adrian, Michigan where she earned a B.A. in Business Administration and a M.A. in Organizational Leadership.  She returned to school in 1998 and earned an Executive M.B.A. at the R. H. Smith School of Business at the University of Maryland.  Kathy has participated in the Aspen Institute Community Leadership Seminar in Aspen, Colorado.

Kathy and her husband Eugene have been married for 49 years and currently reside in Grandville.  They have two children and three grandchildren.