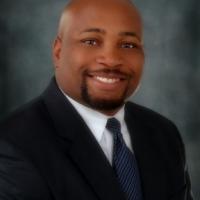 Kenyatta is the Executive Vice President and Chief Administrative Officer for the Cascade Engineering – Family of Companies. Kenyatta is responsible for directing Cascade’s cross-organizational services, which include legal/risk management, human resources, benefits, marketing, talent management, IT, corporate quality, ESS (environmental, safety and sustainability) and all lean initiatives known as CES (Cascade Enterprise System). He is also responsible for leading several of Cascade Engineering’s diversified businesses.  In addition, Kenyatta serves as the Secretary of the Cascade Engineering Board of Directors and is a Director on Decade Products Board, a joint venture between Cascade and an Israeli conglomerate.
Prior to joining Cascade, Kenyatta served as Senior Vice President of Operations and Legal Counsel at Sysco Food Services of Grand Rapids, the largest distributor of food service products in North America.  Kenyatta began his career as an employment and business attorney with Miller, Johnson, Snell & Cummiskey, PLC in Grand Rapids.
Kenyatta’s extensive community affiliations includes:   Co-Founding the Tipping Point Initiative, a non-profit focusing on reducing barriers for education and employment. He also serves on the Michigan Talent Investment Board, appointed by Michigan Governor Rick Snyder, this state-wide committee is charged with ensuring Michigan is able to meet its future talent needs. He serves as a Committee Member with Fredrik Meijer Sculpture Gardens and is also the past chair of the City of Grand Rapids Civil Rights Commission. Over the past 20 years Kenyatta has been a volunteer and a special project coordinator with Nuestros Pequeños Hermanos, the largest orphanage in Central America.
Kenyatta holds a J.D. degree from the University of Michigan Law School, an MBA from Michigan State University and a bachelor’s degree from Wabash College.  He resides in Grand Rapids, Michigan with his wife Tracey – Assistant Dean at the Western Michigan, Thomas M. Cooley Law School and their two children Kamau (9) and Kimani (7).