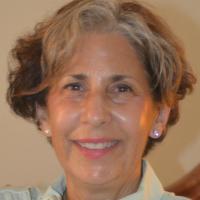 Ms. Siegel has extensive experience in the field of education and expertise in building a successful school community.  She currently serves as Board President of Wellspring Preparatory High School, a public high school dedicated to preparing underserved students for college acceptance and completion. Sheryl also serves on the Board of TrueSuccess, a literacy and character-building program used in over 80 schools.

Ms. Siegel's passion is coalescing school staff around a common vision for student success.  After receiving her Bachelor's degree in education from Michigan State University, she taught elementary and secondary in urban and rural districts.  She was appointed to the East Grand Rapids Superintendent's Advisory Committee, co-founded an annual education lectures series at Grand Valley State University, and currently mentors a Grand Rapids Public high school student through the Grand Rapids Rotary Club.

Ms. Siegel is recognized for her work on behalf of international religious liberty.  She received Rotary International's Paul Harris Service Award for leading forums that feature national speakers to educate the public on the plight of religiously persecuted minorities in foreign countries.

Sheryl's overseas and domestic volunteer work is extensive.  She built clean water filters in Nicaragua through Rotary International, was a member of a transport team in Ethiopia airlifting impoverished and persecuted Ethiopians to a new life in Israel, worked on an army base and soup kitchen in Israel, and has volunteered for Habitat for Humanity and AMR Ambulance service as an EMT (emergency medical technician).  She was a foster parent and, for the past 26 years, guardian of an emotionally-impaired woman.

Sheryl is married to Jim Siegel, co-owner of Siegel Jewelers.  They have 3 children and 5 grandchildren.