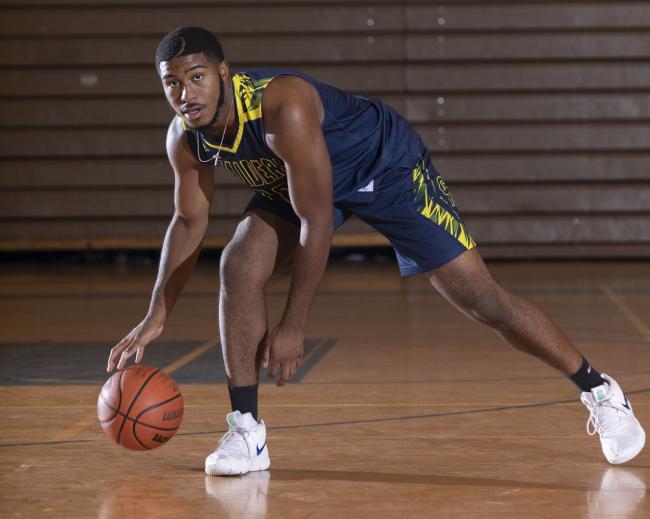 Ryans, a sophomore, is one of 10 players named to the NJCAA Division II Third Team All-American roster, just the latest honor in the forward’s breakout season. He also earned All-Region, All-MCCAA and First Team All-Conference. He ranked as the second-best player in the conference and fourth-best in the region.

He was awarded the Donald R. Black Male Athlete of the Year award at a GRCC Student Leadership Banquet last week.

“It’s a blessing,” Ryans said of the recognition. “It shows hard work pays off. We worked hard all season and played our hearts out. I’m also blessed to have the support of our coaches and my teammates. This is really about all of us.”

Ryans, the Conference Player of the Year runner-up, was also the MCCAA’s top scorer, with 612 points in 31 games. He finished second in three-pointers with 106, just one short of St. Clair Community College’s Derrick Johnson, but made a best-in-league 3.3 per game. His 19.1 points per game ranked him 8th in the MCCAA and his 80.7 percent from the free-throw line ranked him 9th. Ryans scored in double figures in all but two games this season and had 15 games with 20-plus points and two games in which he scored 31.

He helped the GRCC team to its first conference championship in almost 15 years and its first outright title since 2001.

“Sammie is a leader on and off the court and certainly deserves these honors,” Athletic Director Bill Firn said. “The basketball team has had great success during the last two seasons, and Sammie was a big factor. He’s a good teammate and, most importantly, a good person.”

Ryans, an East Kentwood High School graduate, is the fourth GRCC basketball player to be named All-American. Jeffrey Drake-Todd received the designation in 2017, Art Norman in 1997, Uldis Felkers in 1992 and Ronald Kidney in 1965 and 1966.

Ryans graduates from GRCC this month and is still looking at what pathway he’ll pursue.