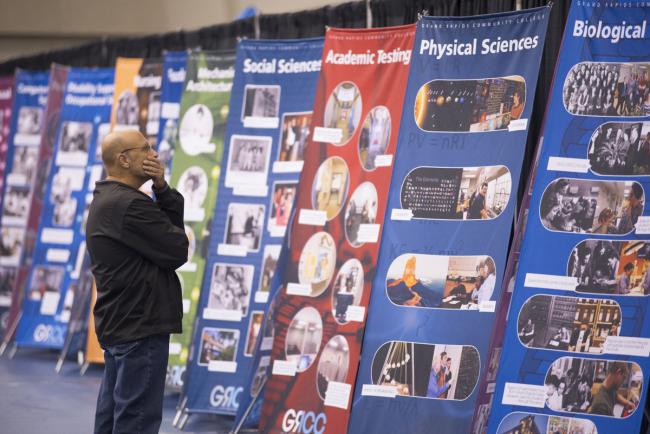 Congratulations to Carley Hume and Rodney Van Lagen, the 2018-19 recipients of the GRCC Faculty and Staff Centennial Scholarship!

College employees created the scholarship as part of GRCC’s 100th anniversary celebration in the 2014-15 academic year. Two $1,000 awards are given: one to an incoming student and the other to a returning student who has earned at least 12 credits at GRCC. The scholarships are awarded based on scholastic achievement, extracurricular involvement and community service.

Hume is enrolled in the Dental Assisting program and plans on starting the Dental Hygiene program next fall. Van Lagen is majoring in mathematics with a minor in English and plans to become a secondary school teacher.