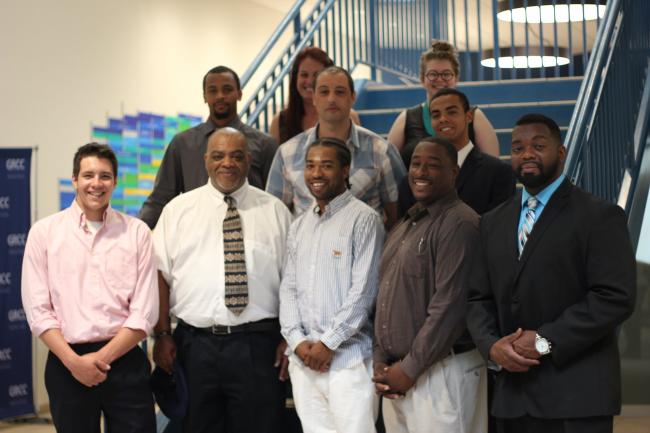 Representatives from area municipalities and the American Public Works Association celebrated the first group of 10 students to graduate from the pilot program.

Amy Koning, dean of the School of Workforce Development, said GRCC created the seven-week academy with the help of local municipalities in an effort to be responsive to the community’s needs and to give people in-demand skills that lead to careers.

Rich Berning, a member of the APWA's board of directors, addressed the graduates, saying that public works employees keep residents safe and improve their quality of life. He told the students that they will have opportunities to continually add new skills during their rewarding careers.

“Public works is out in front and behind the scenes, making sure that the streets are paved, maintained, swept and plowed -- whatever the situation might be,” Berning said. “When one gets involved in public works agencies, there are many, many opportunities and many paths to promotions and self-fulfillment.”

Kris Nickens, 21, of Grand Rapids, enrolled in the academy after learning about the different skills he could learn. He said he's sure his graduation is a first step to a career he'll enjoy.

James Hurt, Grand Rapids' public services director, said agencies like his have been challenged to find people with the right skills to fill vacancies.

"It was not uncommon for us to have 150 people apply for our positions 10 years ago, and some positions now, we're sometimes lucky to get 30 people to apply," he said. "We needed to do something."

Hurt said there are only a handful of public works academies in the country.

In addition to Grand Rapids, GRCC's community partners on this program included public works departments for Kentwood and Grand Haven, in addition to the road commissions from Kent, Muskegon and Van Buren counties, the Michigan Department of Transportation, Prein&Newhof and Rowe Professional Services.