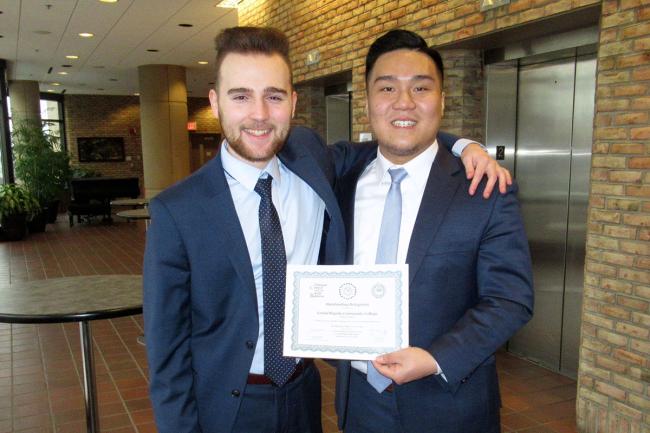 The Michigan Model Arab League is a three-day simulation with students from colleges and universities throughout the state representing delegates from the 23 nations in the Arab League. The competition, held at Grand Valley State University, is supported by the school’s Padnos International Center and the National Council on US-Arab Relations.

Tai served in law enforcement in Singapore for three years after graduating from high school there in 2014. He is majoring in Criminal Justice at GRCC and plans to rejoin the Singapore police force.

He said the best part of this year’s Model Arab League was working with students from other institutions.

“It taught me the importance of diplomacy under pressure and being prudent about knowing when to be able to drive deals and when to abstain from issues that hold no self-interest,” Tai said. “And I met some incredible students from all over!”

Other GRCC students participating in the event were Ethan McNeilly on Joint Defense Council, Elham Saleh on the Council of Palestinian Affairs, and Zach Briggs who served on staff chairing the Council of Arab Social Affairs.