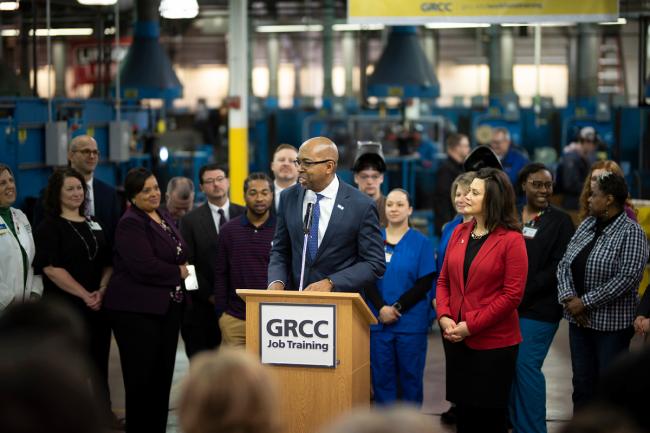 Pink was originally appointed in 2017 by then-Gov. Rick Snyder. His new term expires in March 2023.

“I appreciate that Gov. Whitmer has asked me to continue on this board, working with educators and legislators from across the Midwest,” Pink said.

“We come from different places, but share the common goals of providing the best possible opportunities for students of all ages to continue along an academic pathway to success. I think this appointment speaks to the importance of community colleges in Michigan, and the leadership of the staff and faculty here in Grand Rapids.”

The group consists of five resident members of each state: The Governor or the Governor's designee, a legislator from each house, and two at-large members.

Whitmer in April appointed Pink to the board of directors for the Michigan Economic Development Corporation, overseeing the public-private partnership focused on creating jobs and boosting the state’s economy.