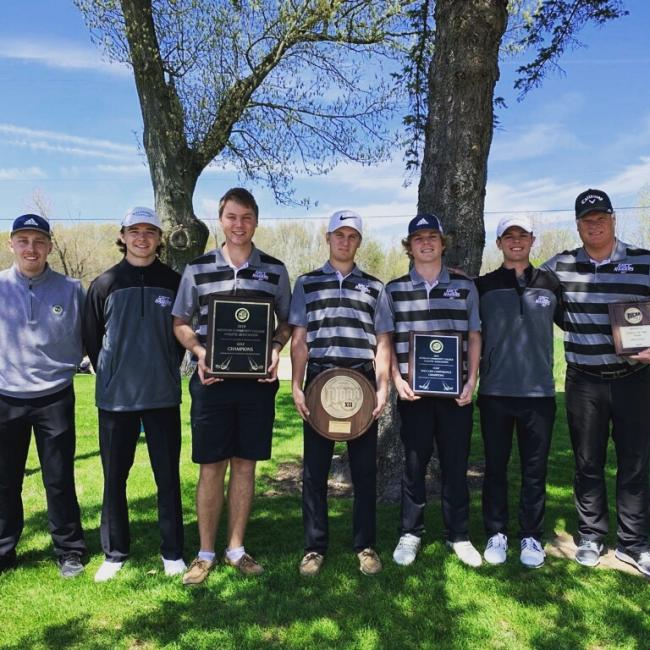 Tuesday’s win sends the Raiders to the NJCAA Division II National Championship, May 21 to 24 at Swan Lake Resort in Plymouth, Ind.

“I'm proud of the way the guys hung in there and secured the victory late in the round with some outstanding shot making,” said coach John Forton.

Freshman Cooper Bell, from East Grand Rapids High School, was the Tournament Medalist and was also named to the All-State and All-Region teams.

“The performance of Cooper Bell throughout the tournament was clutch,” Forton said. “He secured the Medalist honors with scores of 74, 72 and 75.”

“Nick Ward hit a laser-like 4-iron from 235 yards to eight feet on the 16th hole and made the putt for eagle,” Forton said. “That has to be in my top five pressure shots I have ever seen.”

The Raiders have participated in the National Championship in four of the past five years. Last year, they placed 15th overall.