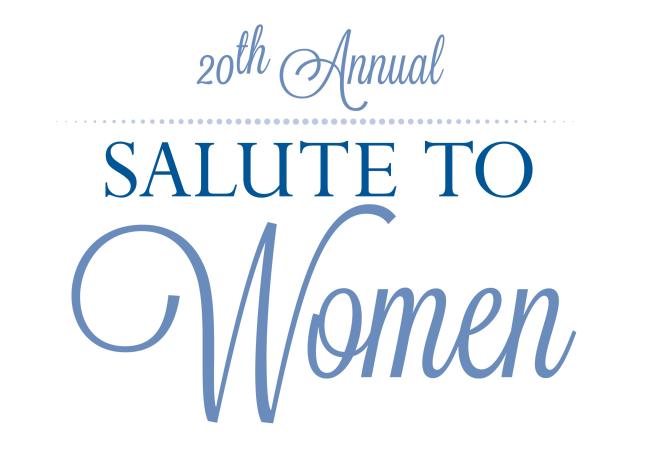 March 20, 2018 GRAND RAPIDS, Mich. — Grand Rapids Community College's Bob and Aleicia Woodrick Center for Equity and Inclusion will honor four women whose dedication and talent have inspired and empowered those around them.

The Woodrick Center hosts the Salute to Women annually during March -- Women's History Month-- to honor four women within GRCC's community for personal and professional excellence and for serving as role models and mentors to other women.

Historically, society -- including higher education -- has failed to recognize the accomplishments of women, which makes celebrations like GRCC's Salute to Women all the more important, said Domingo Hernandez-Gomez, director of the Woodrick Center.

"In recent decades, we have seen changes in attitude and access to opportunities for women, especially in colleges and universities," he said. "It's within this context of progress that we celebrate the compassion, courage, advocacy, service and leadership of four of our very own in the spirit of advancing equity and inclusion for all."

This year's recipients are:

Morgan Brown arrived at GRCC with plans to be a music teacher -- until a History of Photography class changed her mind.

"GRCC helped me find out what I wanted to do and how I can do it," said Brown, who is now working on an Associate of Fine Arts degree with the goal of opening her own photography studio.

She works as photographer for GRCC Athletics, but she also finds time to be involved with Phi Theta Kappa, the international honor society for two-year colleges. As chapter president, she coordinated the group's participation in the ALS ice bucket challenge and GRCC's recent Mental Health and Wellness Awareness Fair. She has also worked with the Grand Rapids Community College Foundation to create a scholarship for students who can't afford the PTK membership fees.

Brown sees a direct correlation between her time at GRCC and the goals she has reached: "Being able to get involved on different levels on campus has given me a chance to gain insight into what I plan to do with the rest of my life."

Shannon Gamel overcame many challenges on the way to reaching her academic goals. She dropped out of high school when she became a single mom but then worked to earn her GED diploma and started classes at GRCC, receiving her Associate of Science degree in 2015.

She has since earned a bachelor's degree in biology from Ferris State University and is now working on her pharmacy doctorate there.

Peggy Gorno's 18-year career at GRCC was shaped by a motto: Make it count.

“Whether you’re working one-on-one with a student or developing a strategic plan, it’s important to be passionate about what you do every single day,” she says.

Gorno served as assistant director of Financial Aid, director of the Enrollment Center, coordinator of the Campus Information System, and IT manager of Academic Applications.

Her GRCC legacy is especially reflected at the Enrollment Center, where her redesign provided a stronger integration of services, and with her student workers -- many of whom have gone onto full-time positions at GRCC or leadership roles in other companies and organizations.

After she left GRCC, she developed a new voice: as a cancer survivor -- although she prefers the term "cancer thriver." Gorno now writes about her cancer journey, sparking conversations about the day-to-day struggles that are often ignored.

"Advocacy and hope are at the root of my call to writing," she said. "I want to shed light on spaces where people may not have a voice or feel understood in the cancer journey."

Karen Walker volunteers with a crisis hotline and works with children who have disabilities -- all in addition to serving as director of GRCC's Occupational Therapy Assistant program. She says that she learned the importance of community service from her parents: "They taught me that helping others succeed should be the goal."

Walker has used her 32-year career at GRCC to advocate for and mentor others. One of her enduring contributions to the OTA program are the community partnerships she's developed with organizations such as Pine Rest Christian Mental Health Services, Mercy Health Saint Mary's and Spectrum Health that give students a chance to gain hands-on experience.

"Students have the chance to grow individually and incrementally," she said of the partnerships. "That way, they are prepared for the challenges that await them."