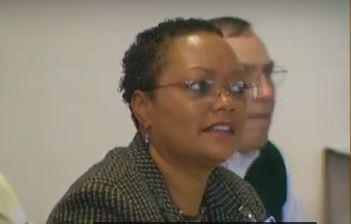 Feb. 4, 2020 GRAND RAPIDS, Mich. — Grand Rapids Community College is mourning the passing of former Provost Velvie Green, a lifelong educator who empowered others to reach their personal and professional potential.

“GRCC is a stronger college today because of Dr. Green,” GRCC President Bill Pink said. “Her legacy continues in the many faculty members she mentored and the example she set. Dr. Green knew the importance of education. She knew learning doesn’t end after a person earns a credential, but continues throughout their life.”

Green, who died on Feb. 1, graduated from the Grand Rapids Public Schools and began her educational career there, teaching five years at Creston High and Central High schools.

She came to GRCC – then Grand Rapids Junior College -- and worked 15 years as a faculty member in the Business Department, including serving five years as the department chair.

In 2006, Green became the president of Glendale Community College in Arizona, retiring in 2011.

She was honored with the GRCC Emeritus Faculty Award in 2012 and was described as a soft voice, a quiet strength, forward-thinking, passionate, committed to education and student success -- and a force to be reckoned with.

She also was recognized by the Grand Rapids Area Chamber of Commerce and earned the YWCA’s Tribute to Women of Achievement Award, and the GRCC Bob and Aleicia Woodrick Center for Equity and Inclusion’s Salute to Women Award.

Deeply committed to community service, Green served on several boards, including Goodwill Industries, the World Affairs Council, and the Glendale Chamber of Commerce Board of Directors. She was a lifelong member of the NAACP and supported the National Association of Negro Business and Professional Women, where she was a leader with the organization’s youth club.

Green was active in state and national groups supporting higher education, serving as a consultant evaluator for the Higher Learning Commission of the North Central Association, and on the Executive Committee of the Michigan Community College Chief Academic Officers.