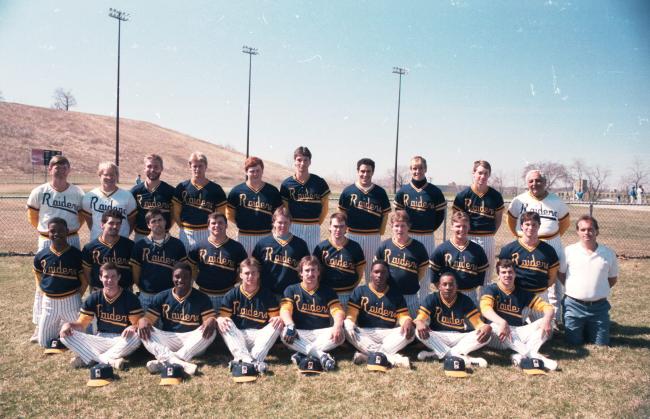 Hofmann was an all-star baseball player at Aquinas College before becoming coach at what was then Grand Rapids Junior College in 1966.

Current GRCC baseball coach Mike Eddington played two seasons under Hofmann and was part of the team that placed sixth in the Junior College World Series.

“‘Hof’ will never be forgotten,” Eddington said. “He was very well-respected, also a great man and leader.”

Hofmann served as assistant coach of the 1984 U.S. Olympic baseball team. He coached at GRCC until 1990. He was inducted into the Community College Baseball Coaches Hall of Fame in 1988 and into the Aquinas College Hall of Fame in 2005 and the Grand Rapids Sports Hall of Fame in 2006. GRCC hosts an annual golf outing named for Hofmann, with proceeds benefiting the baseball program and student-athletes, and a scholarship was established in his name during the 2018-2019 academic year.

In addition to coaching, Hofmann also taught in the Wellness Department and served as president of the college’s Faculty Association for 21 years.

A celebration of Hofmann’s life will be held this summer.