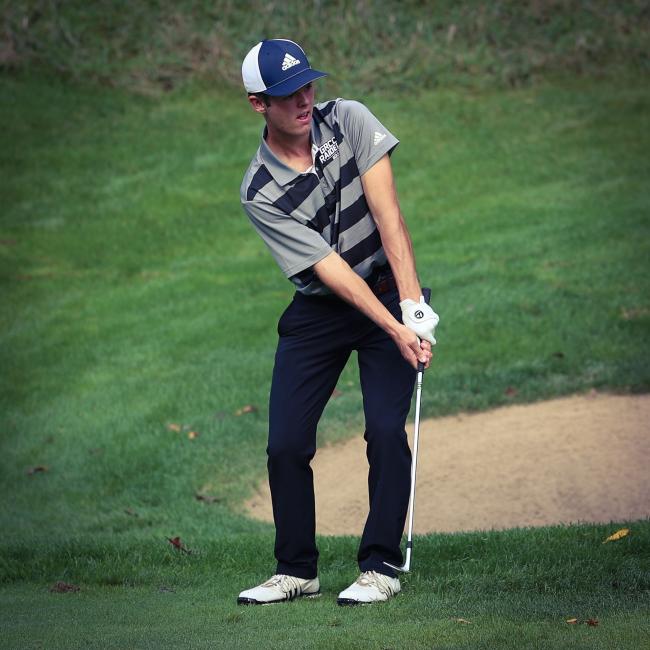 May 23, 2019 GRAND RAPIDS, Mich. -- Grand Rapids Community College student Cooper Bell has been recognized as one of the nation’s best junior college golfers as the Raiders continue competition in the National Championships.

Bell, a 2017 East Grand Rapids High School graduate, was named to the NJCAA Division II PING All-Region Team for the Central Region this week by the Golf Coaches Association of America.

"Cooper is a great young man, he's a hard worker, has good character and is passionate at becoming the best all around person he can be,” GRCC Athletic Director Bill Firn said. “I've been impressed with Cooper’s maturity and his drive. I'm not surprised by his success in the classroom or on the golf course. He's been the catalyst for getting this year’s team back to the National Championship Tournament. I expect even bigger things to come for Cooper, and I'm proud of the way he represents GRCC, the athletic department and himself."

At last week’s NJCAA Region XII Division II Tournament, Bell, majoring in business, was recognized as Tournament Medalist and was named to the All-State and All-Region teams. GRCC’s first-place finish in that competition sent the team to the National Championships, which kicked off this morning at Swan Lake Resort in Plymouth, Ind.

“I'm excited for all our golfers to compete and look for good things to happen throughout the week,” Coach John Forton said.

The Raiders have participated in the National Championship in four of the past five years. Last year, they placed 15th overall.