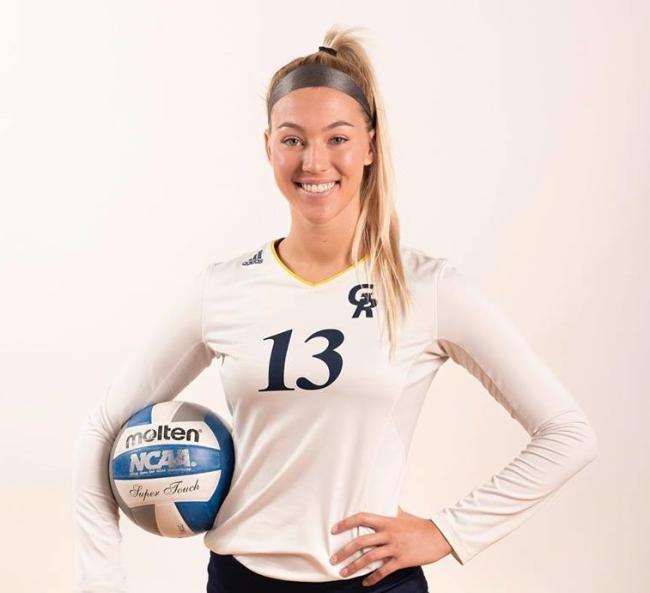 DeJonge, who graduates from GRCC this week, is one of only 19 finalists for the 2019 Female Scholar-Athlete Award from the National Alliance of Two-Year College Athletic Administrators. The winners will be announced April 29.

Criteria for the award includes high academic standing along with demonstrated leadership and citizenship.

"Kendra works hard on the court and in the classroom," Athletic Director Bill Firn said. "She's a leader and a role model. We're proud she will represent the volleyball team, as well as GRCC as a whole."

DeJonge will receive her associate degree in business during GRCC’s commencement, which starts at 7 p.m. Friday in the newly renovated Gerald R. Ford Fieldhouse, 111 Lyon St. NE. She plans to transfer to a four-year school to continue her education.

It's the second consecutive year a GRCC student-athlete has been a finalist for the national honor. Basketball player Zachary Pangborn was one of seven finalists for the 2018 Male Scholar-Athlete Award.