My GRCC Story: KayAnna Williams finds plenty of ways to be involved 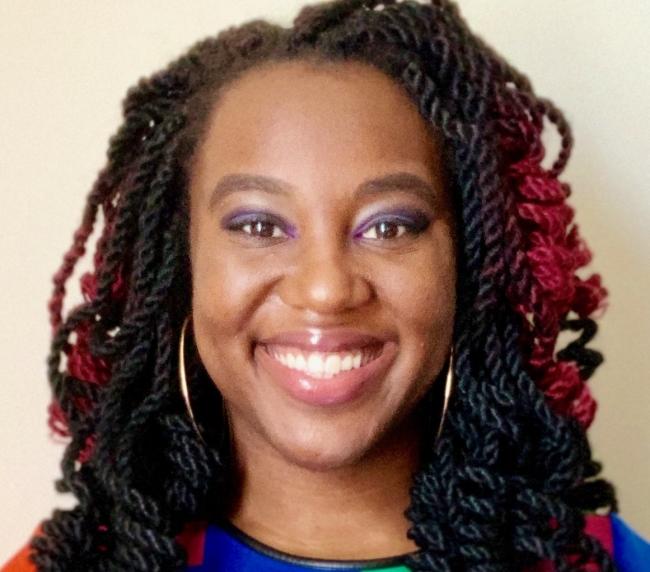 KayAnna Williams graduated from GRCC knowing that she made the most of her time on campus.

She has taken part in the Diversity Lecture Series and Welcome Week and cheered on the volleyball and basketball teams.

“It helped having the different campus involvement events, considering that GRCC is a commuter campus,” she said.

She also took the time to get to know the faculty -- and they know her.

“Michelle Allen was my (English) professor during my second semester -- four semesters later, if she sees me, she can still call me by name,” said Williams. “I have had (Criminal Justice) professor Nikki Banks for a couple semesters, and it’s a similar situation.”

Williams was also busy as a student worker for the Bob and Aleicia Woodrick Center for Equity and Inclusion.

“During her tenure as a student assistant in the Center for Equity and Inclusion, KayAnna was a focus-driven leader who provided innovative ideas to improve student support services,” said Jennifer Smith, the center’s associate director. “Her dedication to education and family is unwavering as she pursues her dreams of becoming an architect.”

Originally, Williams planned to attend GRCC for one year to get some general education requirements out of the way before transferring to the University of Michigan to study engineering.

She now plans to enroll in a dual degree program at Spelman College: She will pursue a mathematics degree from Spelman while simultaneously earning an aerospace engineering degree from the Georgia Institute of Technology. She then wants to join the Navy to work on aircraft while studying naval architecture and marine engineering.

Changing your plans is OK, she said, adding that students need to be realistic.

“It doesn’t happen the way we think it should,” she said. “Messing up is inevitable, OK and acceptable. It’s all a part of the process to fall down and get back up. The workload doesn’t get easier, but once you figure it out, it’s not as bad it once was.”