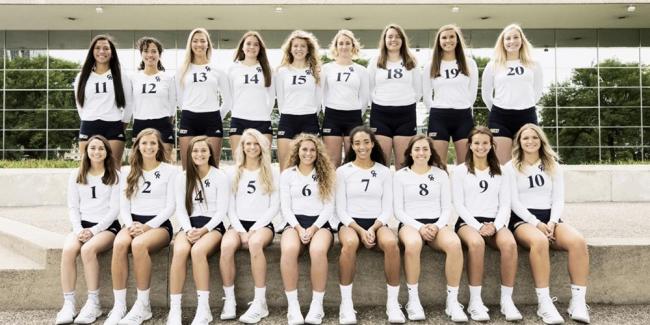 With seven sophomores returning, the GRCC Raiders are poised for another deep post-season run.

"This year's team is a special group," said head coach Chip Will. "Our goals for the season are right in front of us -- it's just a matter of putting in the work each and every day so we are confident and prepared when opportunities present themselves."

The 2017-18 team finished the season ranked No. 3 in the final regular season poll with a 27-3 overall record. The Raiders won the Western Conference Championship with a perfect 16-0 conference record, as well as the MCCAA State Championship.

The players racked up more than 30 individual awards for academic and athletic achievements, topped off with recognition as one of only 26 two-year colleges nationwide to be named an American Volleyball Coaches Association Academic Team.

The 2018-19 Raiders will face top 20 teams seven times during the season. The first of these matchups is against Muskegon at 6:30 p.m. Aug. 30 at Northview High School, 4451 Hunsberger Ave. NE.  All the Raiders’ home volleyball games will be at Northview while GRCC's Ford Fieldhouse undergoes renovation.