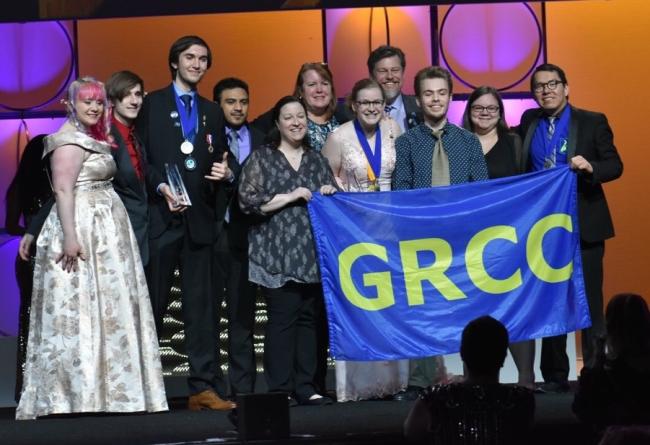 For the third consecutive year, the GRCC chapter was recognized as a 5-Star chapter.  To earn this status, chapter members must  complete a college project, an “Honors in Action” project, service projects and fellowship activities, as well as attend regional and national conferences, and collaborate with other chapters.