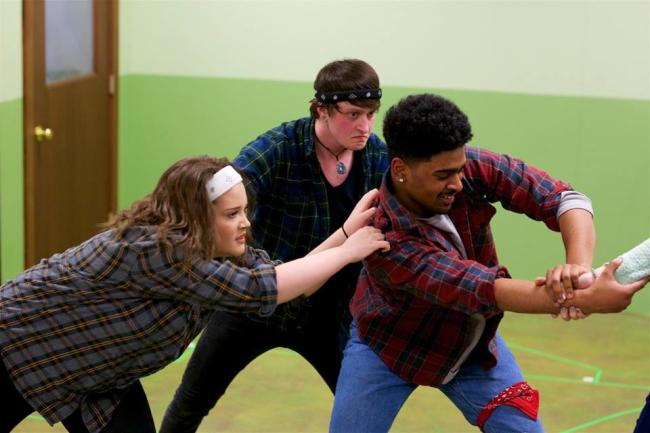 March 27, 2019 GRAND RAPIDS, Mich. — A Grand Rapids Community College theater production this week will include a live audio described performance for audience members who are blind or have low vision.

The GRCC Players will perform “Wilderness” by Seth Bockley and Anne Hamburger at 8 p.m. March 28 to 30 at Spectrum Theater, 160 Fountain St. NE.

The March 30 performance will feature the live audio description through wireless headsets for up to eight audience members who are blind or have low vision. Between 7:30 and 8 p.m., Simon Kittok, GRCC’s captioning technician, will provide an audio preview of the characters, stage set and costumes, and will then describe the action as it occurs throughout the entire play.

“GRCC provided me with the opportunity to learn best practices around describing video, theater and art,” Kittok said. “I’ve started audio-describing a few videos for GRCC and also did a ‘test run’ of a play last semester to practice my skills. I’m thrilled to be a part of bringing more accessible theater to GRCC and the community at large!”

The audio described performance is just GRCC’s latest effort to make the theater world accessible to all. Last summer, a hearing loop system was installed in Spectrum Theater through a donation by Quota International of Grand Rapids in memory of lifelong member Eleanor Roberts.

GRCC has also been ahead of the curve in captioning its video content, even providing live captioning at events like commencement. The college has provided in-classroom sign language interpreters for decades and also offers a wide-range of accommodations for different learning abilities.

Those who require a headset for the audio described performance should reserve it when purchasing tickets. Tickets are $5 for GRCC students and $12 for the public. Call (616) 234-3946 for tickets and more information.