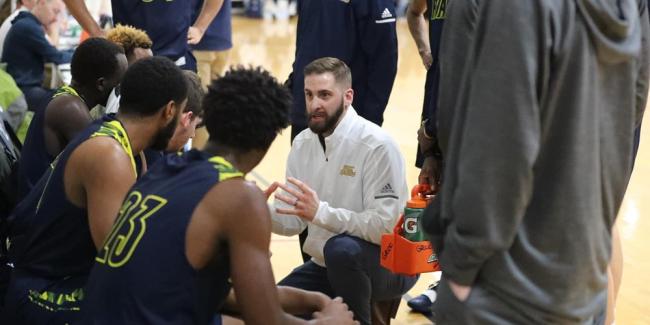 The GRCC women’s basketball team entered District G play Thursday after an upset against Jackson College earlier in the week. The Raiders lost to Lake Michigan College, which went on to win the District Championship.

The GRCC men’s team, the MCCAA Western Conference champions, entered the District 9 tournament as the No. 1 seed. The Raiders made it past the first round, defeating Mid Michigan College 82-75 on Friday, but fell to the eventual tournament champions, losing to Ancilla College on Saturday 93-70. The Raiders finished with a 24-8 overall season record.

Luke Bronkema, who has coached the men’s team for three years, was named conference Coach of the Year.

The tournament was one of the first major events at GRCC's Ford Fieldhouse and Gordon Hunsberger Arena after extensive renovations. The $8 million project included installation of air conditioning and a new roof as well as additional classroom space and upgrades to locker rooms, training facilities and public areas.