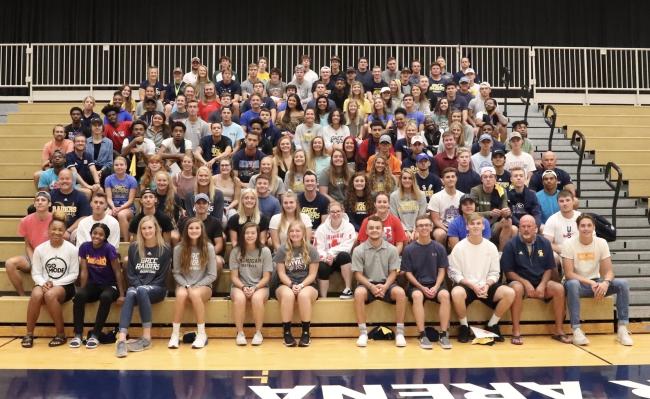 January 19, 2020 GRAND RAPIDS, Mich. – Grand Rapids Community College student-athletes are successful on the court and in the classroom, with 26 Raiders earning spots on the President’s List or Dean’s list for academic success.

“Our coaches set high expectations for our student-athletes, stressing the importance of giving their all in the classroom,” he said. “The students work hard. We’re proud of them, and proud to see them doing well.”

From the softball team, Taylor Cross, Mariah Redding, Brooklyne Siewertson and Savannah Stoepker were named to the Dean’s List.

Last year, 18 GRCC student-athletes earned national academic honors from the National Junior College Athletic Association. Those honors are based on the full academic year and will be announced in July.