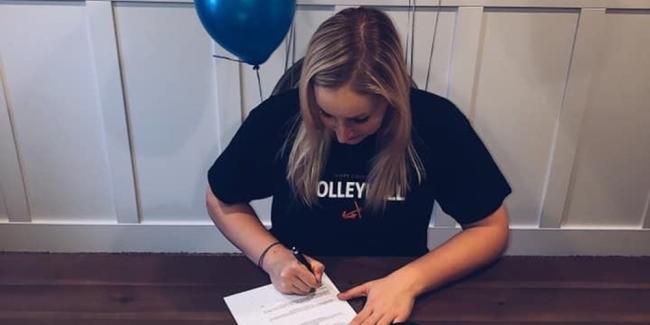 She plans to pursue a bachelor's degree in kinesiology, with a minor in Coaching.

During her time on GRCC's volleyball team, Schumacher helped lead the Raiders to a 31-8 overall record, a conference, state and regional championship, as well as a sixth-place overall finish in the NJCAA Division II national tournament. Prior to attending GRCC, she spent the 2017-18 academic year at Winthrop University in Rock Hill, S.C. Winthrop is an NCAA Division I program that participates in the Big South Conference.

Schumacher will join a strong Hope College team that finished the 2018 season with an overall record of 25-8, a second-place finish in the MIAA conference, as well as a spot in the NCAA Division III national tournament. Over the past five seasons, the Hope College volleyball team has placed itself as one of the top teams in its conference, as well as making an appearance in the NCAA tournament four of the past five seasons and winning the NCAA DIII national championship in 2014.