Volleyball team rises to No. 4 in NJCAA rankings 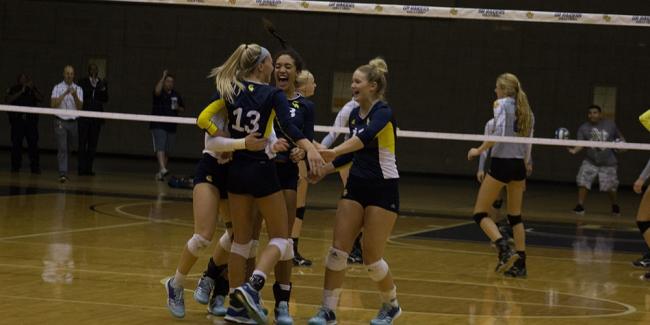 The volleyball team has risen to No. 4 in the NJCAA Division II rankings with an undefeated streak in conference play.

GRCC will face off against Ancilla College again in Donaldson, Ind., on Oct. 9.

Last week, GRCC recorded 47 total kills, 57 digs and 8 blocks, with the most impressive number being the team hitting percentage of .313 — a season best thus far. Leading the way was sophomore Kendra DeJonge, who racked up 11 kills, picked up 5 digs and a block during the match. Both Ally German and Lauren Jonker had strong play at the net, where they each recorded 9 kills apiece and hit over .400.

Freshman setter Jamie Wellet led the way for the Raiders, as she racked up 22 assists and picked up 6 digs as well as a service ace. Freshman libero Jasmine Wellet recorded a career high of 12 digs and also picked up a service ace.