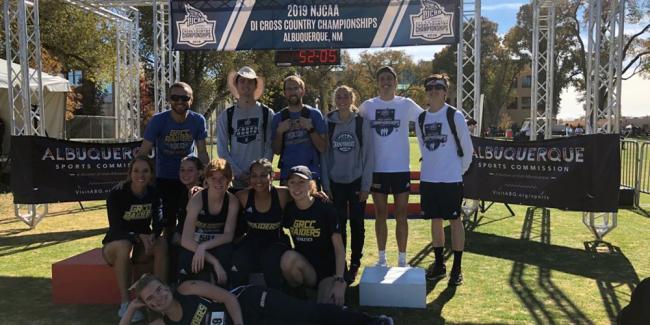 Jack Kehoe, a member of the men’s cross country team, was also named a Scholar All-American.

“This is a credit to the hard work of our student-athletes, and also to our coaches who stress the importance of academics,” Athletic Director Bill Firn said. “We set high expectations. We know students need to perform on and off the field to be successful in life.”

The honors were announced this week by the United States Track and Field and Cross Country Coaches Association.

The women’s cross country team qualified for the NJCAA Division I National Championship in November. It was their first time in program history racing as a team at the championship, and they finished 23rd out of 38 teams. Kehoe competed individually at Nationals.

"We are super proud of both the men's and women's teams this year for their improvements over the course of the season, as well as being such great examples of a true student-athletes!" said Matt Sicilia, head cross country coach. "This only reinforces our emphasis on being a great person, first and foremost, and then being the best runner you can be as well. "