Based in Grand Rapids, MI, pianist Emily Grabinski is the Faculty Collaborative Pianist and Professor for Grand Rapids Community College, where her duties include playing for GRCC choir, faculty, and student performances. She is also a devoted instructor and teaches both group piano classes and applied lessons. In addition to her role at GRCC, she can be heard throughout the Midwest with ensembles such as Appian Duo, OPUS 216, and the West Michigan Symphony. She has served previously as staff pianist at Hope College, Ashland University, Blue Lake Fine Arts Camp, and Turning Pointe School of Dance.

Ms. Grabinski actively supports living composers and commissions of new works, most notably, “One for the Land (for Piano and Electronics)” by Von Hansen. This project stemmed from her desire to explore the similarities between musicians and athletes and was premiered as a music video released October 17, 2017, via YouTube. She presented this video as a supplement to a workshop and open discussion with Hope College students in 2018 titled, “Artists and Athletes: Overcoming Challenges Using the Creativity Muscle.”

As a member of the Music Teachers National Association, Ms. Grabinski has found cultivating her private studio in downtown Grand Rapids to be one of her greatest musical and personal joys. She works with students ranging in age from early childhood to late adulthood and is also a coach for the Grand Rapids Chamber Music Program, which provides ensemble coaching and performance opportunities to young artists during a week-long summer intensive as well as variously throughout the year.

Emily loves to listen to music of all genres and to support fellow musicians by attending live performances and events. She holds the degrees MM in Collaborative Piano from the Cleveland Institute of Music and BM in Piano Performance from Central Michigan University. 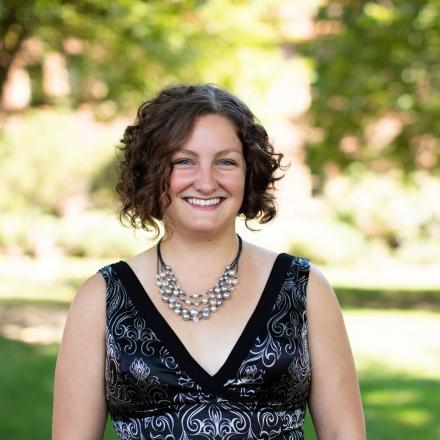