Dr. Juan R. Olivarez became Grand Rapids Community College’s eighth president in 1999. After serving the college from 1999 until 2008, Olivarez has returned as interim president in July of 2022.

The son of migrant workers from Benavides, Texas, he was the first Hispanic president of any Michigan college or university.

Olivarez was an educator in the Grand Rapids Public Schools for more than 20 years before becoming GRCC’s Dean of Institutional Research in 1991.

As president, he worked to increase access to a quality college education and cultivated student-serving partnerships with local businesses, public entities, and nonprofit organizations.

After retiring from GRCC in 2008, Olivarez became president and CEO of the Kalamazoo Community Foundation. He was named Aquinas College’s seventh president in 2011, retiring in 2017. He was a distinguished scholar in residence for diversity, equity, and inclusion at Grand Valley State University’s Dorothy Johnson Center for Philanthropy between 2018 and 2021.

Olivarez has served on many national and regional boards and committees, including the Van Andel Education Institute, First Steps Kent, the Council of Independent Colleges, Educational Testing Services, High Education Research & Development Institute as well as the National Institute for Literacy. 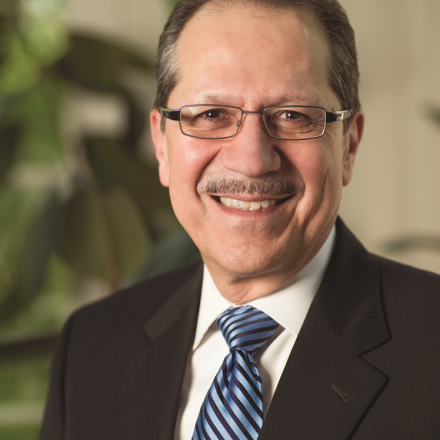