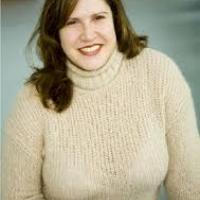 Michelle ("Shelly") is also a proud graduate of Grand Rapids Junior College (1989)! She started working at Spectrum Theater in May of 1997. Shelly manages the box office for all the theater groups that call Spectrum Theater home, and is your best contact if you're interested in leasing space or have any general questions about the theater. She's dabbled a little bit in acting and was last seen on the Spectrum Theater stage in the Actors’ Theatre production of August: Osage County (sharing the stage with Tom Kaechele's lovely wife Amy!). Her GRCC directing credits include: Jump/Cut, For Better (Grand Award for outstanding direction of a college production), Desdemona, a play about a handkerchief and Blue/Orange. Other area directing credits include: Rapture, Blister, Burn; Venus in Fur (Grand Award for outstanding direction of a play), Water by the Spoonful, Title of Show, The Sweetest Swing in Baseball and Mr. Marmalade (Grand Award nominee) with Actors’ Theatre, and Steel Magnolias with Circle Theatre. Shelly is the Theater Manager here at GRCC’s Spectrum Theater; Co-owner of One World Diversity, LLC; and a member of Ransom Note Entertainment.