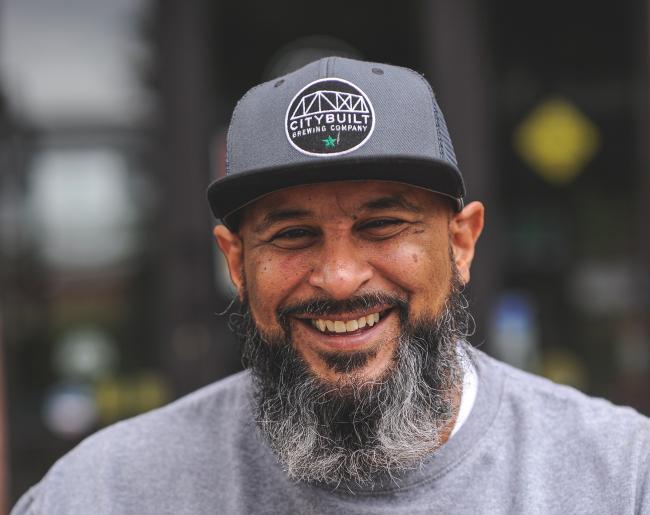 April 19, 2021, GRAND RAPIDS, Mich. – Start at GRCC and go anywhere. Every former student has a story to tell about how GRCC gave them the education and opportunity to be successful. We’re sharing some of those stories, and want to hear yours!

Edwin Collazo has returned, in a way, to his GRCC roots.

When he was a freshman, he lived in the Belknap Lookout area, and now it’s the location for his City Built Brewing Co.

“I enjoyed GRCC because it was close to home,” he said. “It allowed me an opportunity to start my college journey in an environment that was nurturing. It was a great place to learn lessons about life and how to pick yourself up if you fall.”

Collazo, who attended GRCC from 1992 to 1995, has added -- and shared -- his knowledge and experiences through many careers.

He received a bachelor’s degree in education and child development from Cornerstone University and taught for five years in alternative education before returning to Michigan to teach in the Deerfield Correctional Center in Ionia. He then worked as a manufacturers rep for James Hardie Building Products before moving to a career in financial services.

But after seven years as a financial advisor, Collazo was feeling dissatisfied.

“A mentor encouraged me to write a mission statement that touched on the idea that I was created to be better, do better and make an impact,” he said. “I was encouraged by a different mentor to find my passion, and in that, I decided to create City Built as a place to effect a culture of service by developing people while serving our community.”

The years of planning and learning he spent are paying off for City Built, 820 Monroe Ave. NW: In March, USA Today named it the best beer label in the nation, and the newspaper’s readers voted it the third-best brew pub.

Collazo says his GRCC roots are part of his current success.

“I learned many lessons while at GRCC,” he said. “It allowed me to move through a core group of classes that helped prepare me for my next learning environment. I met an eclectic group of people from a variety of backgrounds, which paved the road for an appreciation of different cultures -- appreciation that has blossomed in what is now a part of our business mission: to connect people to our culture. It is why we say City Built is ‘where cultures collide.’”