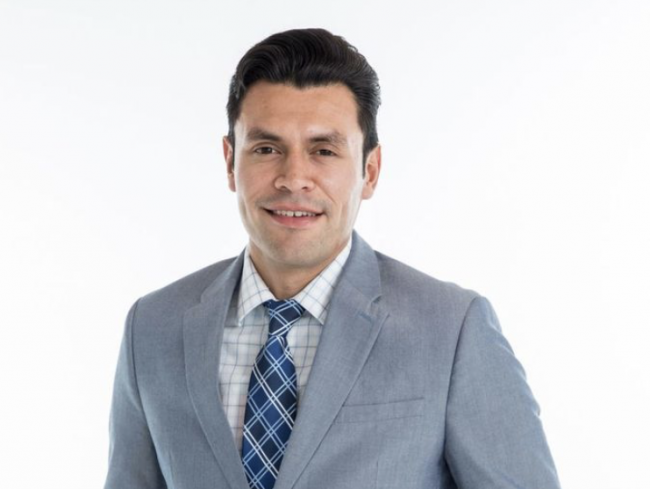 July 26, 2021, GRAND RAPIDS, Mich. -- Start at GRCC and go anywhere. Every former student has a story to tell about how GRCC gave them the education and opportunity to be successful.

“In the end, it helped me save thousands of dollars,” he said. “I enjoyed the different classes that I took, including one on Native American history.”

Juarez went on to earn a bachelor’s degree in journalism from Grand Valley State University. While attending college, he worked for The Grand Rapids Press and was an intern for WOOD TV’s sports department.

“I got to where I’m at today because once I realized I wanted to pursue a career in journalism, I strived to do whatever was necessary to get there,” he said. “School helped without a doubt, but interning was a major factor. I quit my job in Grand Rapids at The Grand Rapids Press and stayed with family in Oklahoma for a summer when I interned in Oklahoma City.”

Journalism has kept Juarez on the move ever since: His on-air career started as a sports reporter at WLFI in West Lafayette, Ind. After three years there, he was a sports anchor and reporter at KRGV in Weslaco, Texas.

In Texas, he began producing work in English and Spanish.

“I never had formal Spanish lessons until I took classes at GRCC,” Juarez said. “Those classes paid off tremendously when I was in Texas. I grew up speaking Spanish at home, but learning how to write and hearing people from other parts of the world speak it was very helpful.”

He returned to WOOD TV in December 2020 and ’s now the station’s first reporter to regularly produce separate versions of his reports in Spanish and English.

“Having connections with staff at WOOD TV opened the door for me to return years later as a reporter,” he said. “I’d say making those connections and giving your best effort when interning are crucial to succeed.”