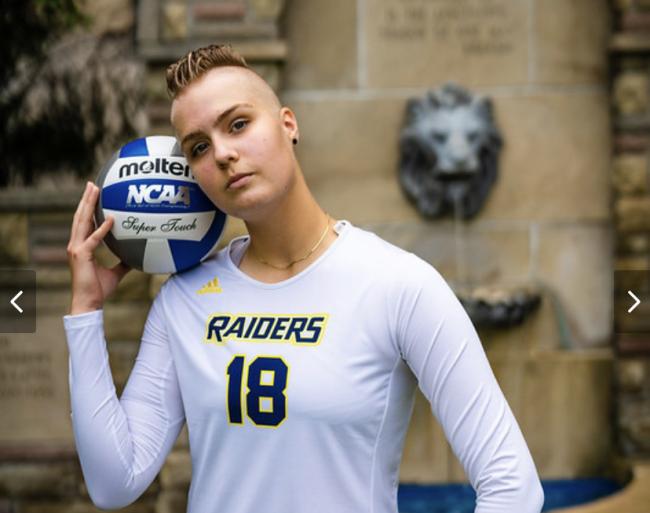 Visnovsky earned 12 points, six on the offensive end and six on defense.

"It was good to be able to work on technique these past couple matches," Visnovsky said. "We'd go in for a time out and then get back on the court with a specific goal or an action to tweak. The ability of this team to comprehend and then execute is great to see from the inside."

Sophomore Kara Hecht led GRCC in kills with seven and tied fellow outside hitter Audrey Torres with 10 digs to lead the team.

Eliza Thelen, Visnovsky and Karissa Ferry combined for 17 of the team's 35 total kills.

GRCC, the pre-season pick to finish first in the conference, will have Sunday off before playing a doubleheader against Alpena Community College on Monday, and wrapping up the trip against Delta College on Tuesday.

Meanwhile, back in Grand Rapids, the men's and women's cross country teams battled in their first Michigan Community College Athletic Association meet of the season at the Gainey Athletic Complex.

The meet consisted of runners from nearly 30 programs, including NCAA D1, D2 and D3, and NAIA schools.

Northwood University, whose assistant coach is former GRCC coach Garrett Lacy, took the crown on the men's side, while Aquinas College finished first on the women's side.  Lansing Community College was first among all junior colleges in both the men's and women's meet.

On the women's side All-American Kaylee Scott led the way with running the five-kilometer event in 20 minutes even, finishing in 23rd place.

The cross country teams will travel to Grayling on Friday to compete in the Kirtland Firebird Invitational.