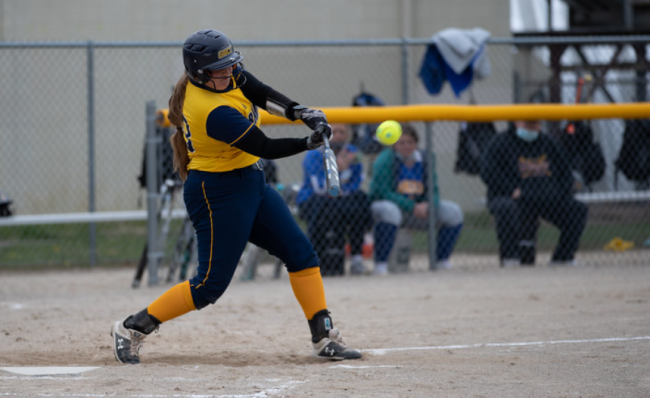 The Raiders had a six-run lead in the first game after two innings, only to see the Vikings respond with six of their own in the bottom of the second.

Glen Oaks piled on 14 runs in the final three innings to claim a 20-10 win in the opener.

Nguyen slugged a home run in each game, and has six on the season. Redding hit two in the second game to tally five runs batted in. She has for home runs on the season.

Alexa Abrahamson and Taylor Cross each homered and each has three on the season. Krin Beach hit one on the first game, her first four-bagger at the college level.

Abrahamson pitch complete games in both ends of the doubleheader.

The Raiders improved their record to 6-24 and close out the regular season on Saturday with a doubleheader against Lake Michigan College in Benton Harbor.