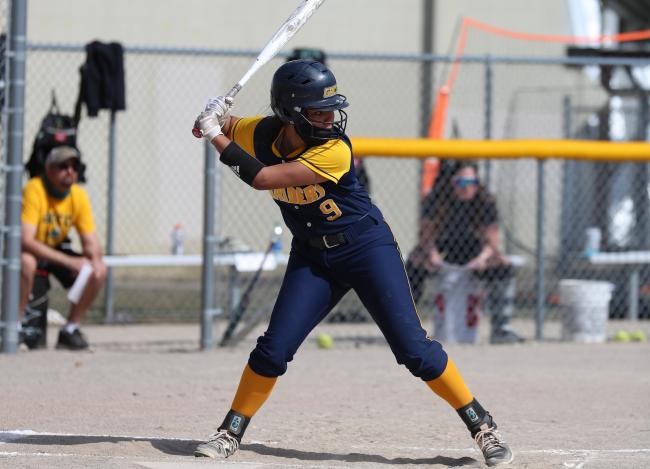 The Raiders lost the opener 8-2, then were outslugged 17-5 in the nightcap at home at Belknap Park.

Nguyen’s homer came in the first game. The freshman shortstop from Walker drove in both of the team’s runs in the game. Brooklynne Siewertsen with the team’s only other hit, scored on the homer, a shot down the left field line.

The blast tied the game in the bottom of the fourth inning, but then KVCC responded with six runs in the top of the fifth inning to put the game out of reach.

The Raiders jumped out in front with a four-run first inning in the second game.

Haley Van Huis started the game with a double, and Siewertsen followed with a single. Nguyen tallied an RBI when Van Huis scored on a grounder to short. Siewertsen scored on an out by Taylor Cross. MARIAH Redding walked, and came around to score on a double by Krin Beach. Beach then score on Kaylie Andres’ single.

KVCC then responded with three runs in the top of the second, the two each in the fourth and fifth innings before piling on 10 runs in the sixth.