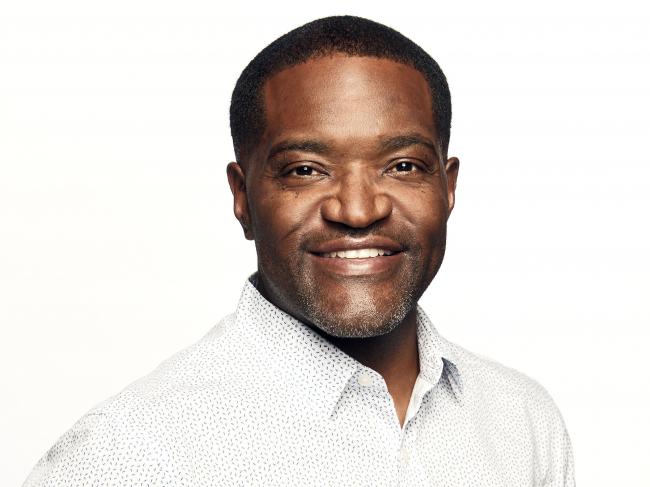 Sekou Smith was known as an outstanding journalist, covering the NBA for 20 years. But tributes pouring in from across the sporting world noted he was an even better person.

Smith, who passed away this week at age 48 due to complications of COVID-19, was a Grand Rapids native and attended Grand Rapids Junior College and Grand Rapids Community College between 1990 and 1992.

Smith most recently was an analyst for NBA TV and a writer for NBA.com, penning the “MVP Weekly” column and hosting the popular “Hang Time” podcast.

“Sekou Smith shined brightly and it’s heartbreaking to lose someone so young and talented,” GRCC President Bill Pink said. “Rather than focus on the pain of his loss, we can celebrate an amazing life and career of someone who made a difference to basketball fans around the country and around the world.  Sekou is an inspiration to GRCC students today and always. The GRCC family sends its deepest condolences to Sekou’s family and friends.”

After leaving GRCC, Smith attended Jackson State University in Mississippi, where he became interested in journalism. He started at The Clarion-Ledger in Jackson, then moved up to covering the Indianapolis Pacers for the Indianapolis Star, then the Atlanta Hawks for The Atlanta Journal-Constitution. He connected with the NBA’s media teams starting in 2009.

ESPN reporter Tim Bontemps wrote that Smith “was universally beloved within the basketball world, both for the work he produced in his nearly two decades covering the sport and, more importantly, for being a kind and decent person, one with an ever-present smile and a wonderful laugh.”

“The NBA mourns the passing of Sekou Smith, a beloved member of the NBA family,” NBA Commissioner Adam Silver posted on the league’s website.

“Sekou was one of the most affable and dedicated reporters in the NBA and a terrific friend to so many across the league. He covered the game for more than two decades, including the past 11 years with Turner Sports, where he showed his full range of skills as an engaging television analyst, podcast host and writer. Sekou’s love of basketball was clear to everyone who knew him and it always shined through in his work.  Our heartfelt condolences go to his wife, Heather, and their children, Gabriel, Rielly and Cameron.”