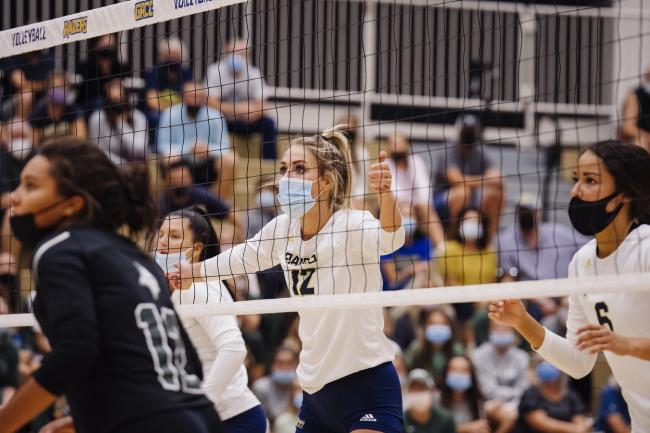 Holesinger, of Rockford, finished with six kills, hitting a team high .375, and six blocks and while Torres, of Caledonia, scored her 12 points on a match-high eight kills, three blocks and an ace.

Right side hitter Karissa Ferry, a freshman from Chesaning, finished with six kills and five blocks.  As a team, the Raiders totaled a season high 14 blocks, with 10 different Raiders contributing with at least one block.

Ola Nowak, a setter from Grandville, added another double-double to her freshman resume with 25 assists and a match-high 20 digs.

Conference play continues for the GRCC on Sept. 14 as the team travels to Ancilla College. GRCC will be back at the Ford Fieldhouse on Sept. 16 as it takes on Kellogg Community College.