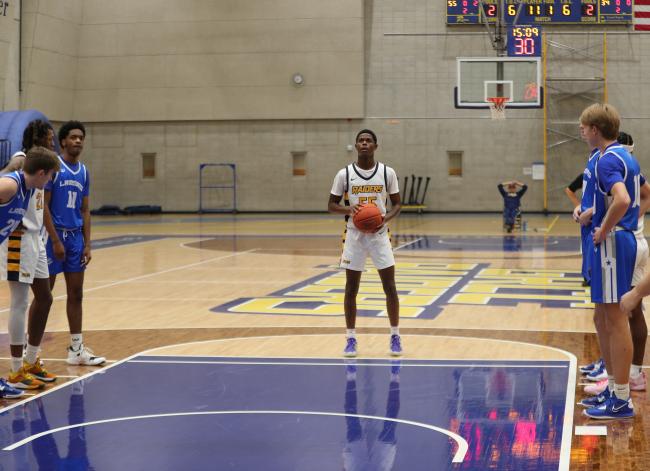 "We put together an incredible team effort tonight for a comeback win on the road," head coach Joe Fox said. "I'm impressed with the mental focus the team showed. Jordan Houser played great in his first start, and Bashir Neely played with great energy. A lot of guys had great individual efforts. Rico Wade hit a big shot late, and Myron Brewer hit a three with 1:30 left to put us up seven. Chris Coleman made some plays down the stretch as well. I am looking forward to seeing the guys hit the road on Friday".

Brockton Kohler and Danyel Bibbs each chipped in with 14 points.

The team hits the road again for its next game at Harper College in Illinois on Nov. 18. Tip-off scheduled for 5:30 p.m.