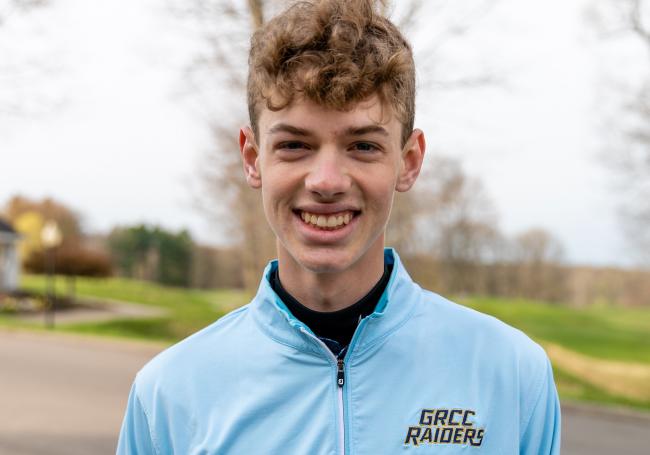 The Raiders were just one of two teams to have all five golfers shoot under-80 in the first round. Courtright and Logan Templeton both shot a 76 to lead the way for GRCC.

Tuesday, the rain held steady enough for the teams to finish play at the Egypt Valley Golf Course. The University of Northwestern Ohio defeated the field of nine teams with a score of 880. GRCC finished with a score of 944.

Templeton finished tied for 19th with a 235, with Matt Denhartigh scoring a 238 finishing tied for 26th place.

Courtright had the third-most birdies in the tournament with 10 and also led the field in par-3 scoring with a 2.83.  Denhartigh had the second most birdies among all Raiders with five.