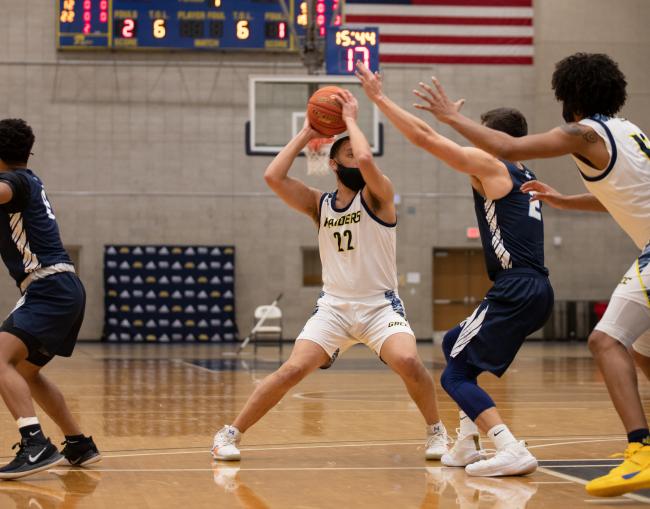 The Glen Oaks women’s team has struggled this season, and the defeat dropped its record to 2-13.

The GRCC men’s team snapped a three-game losing street with a 91-58 victory.

Khyree Beyah boasted a career-high 20 points and eight rebounds –hitting 10 of the 12 shots he took. Isaac Anderson was outstanding, with eight points, 10 rebounds and six assists.

Richard Major had 11 points, and D'Avery Moore had 10 points and seven rebounds. All 13 Raiders dressed scored at least 2 points.

The Raiders improve their record to 5-7, while Glen Oaks is still looking for its first win.

Both teams close out the regular season on the road with games against Muskegon Community College on April 1.