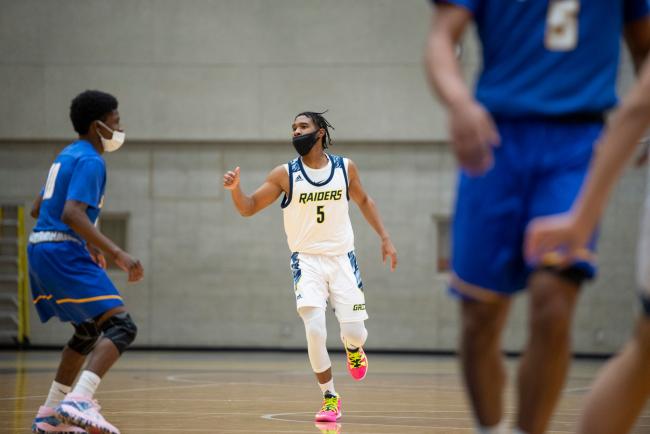 The women’s team lost 55-53, ending the season with an 10-3 record that fell just short of a conference title. The men’s squad lost when Muskegon hit two free throws with 2.2 seconds to win 75-73.

The women’s team looked to be in command in the first quarter, going up 22-10. But Muskegon dominated in the end, outscoring the Raiders 20-7 and finishing on top.

The win pushes the Jayhawks record to 12-2, claiming the conference title.

Olivia Koetje was the leading scorer with 14 points, followed by Shonyah Hawkins with 13 and Eurasia Green-Boyd with 11. Jayla Bibbs scored six points, but grabbed 19 rebounds.

The men’s team lost three of its last four games in the final seconds. The team was neck-and-neck with Muskegon for most of the game, losing in the final 2.2 seconds.

Muskegon finishes the season at 4-9.

Both Raiders teams are scheduled to play next on April 6 in the NJCAA Region XII Great Lakes West Tournament.