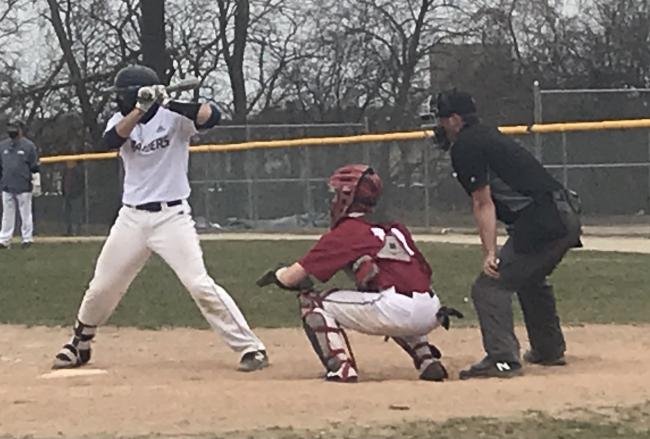 The Red Hawks won the first game 8-6, then poured on the offense in the second game, winning 13-4.

GRCC stayed in the first game until the end, but the Red Hawks Varsity pulled away late, when Jonah Sibley drew a walk and forced in a tie-breaking run.

The Raiders tied the game in the bottom of the seventh inning when Aaron West drove in a run on a ground out.

Caleb Schmitt led the Lake Michigan College, allowing three hits and no runs over two innings, striking out two and walking none.

In the nightcap, GRCC let the game slip away early and couldn't recover in the 13-4 loss.

The Raiders struggled to put runs on the board and had a tough time defensively.

Will Roberts earned the victory on the pitcher's mound for Lake Michigan, going five and a third innings, allowing four runs on four hits and striking out four.  Clayton Bixby threw one and two-thirds innings in relief out of the bullpen.

Englesman took the loss for GRCC, going two innings, allowing five runs on six hits, striking out one and walking none.

West led GRCC with two hits in four at bats.

The 10-4 Raiders are next in action on Tuesday on the road against Lansing Community College.