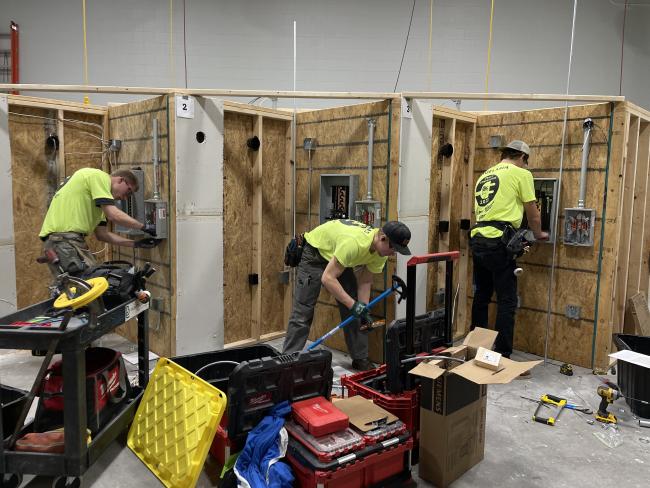 The annual event highlights the achievements of the men and women who represent the future of the electrical trades in commercial construction.

"This competition demonstrates the immense potential for success in the construction industry, and confirms that the future of electrical work is in great hands."

All contestants are fourth-year apprentices enrolled in the GRCC Workforce Training Electrical Program and are current employees of ABC-member companies.

Apprentices earn credit at GRCC while working for a participating employer.

Each year, the first-place winner at the chapter level goes on to compete at the Associated Builders and Contractors National Craft Championships during the ABC National Convention in March.

“GRCC loves supporting this competition because we get to see our students advance in their careers after they have finished our program,” GRCC Job Training professor Doug Wiersma said.

Other competitors were Brent Engelsma, of Kleyn Electric; David Losch, of Feyen Zylstr; and Nick Hilts, of Windemuller.