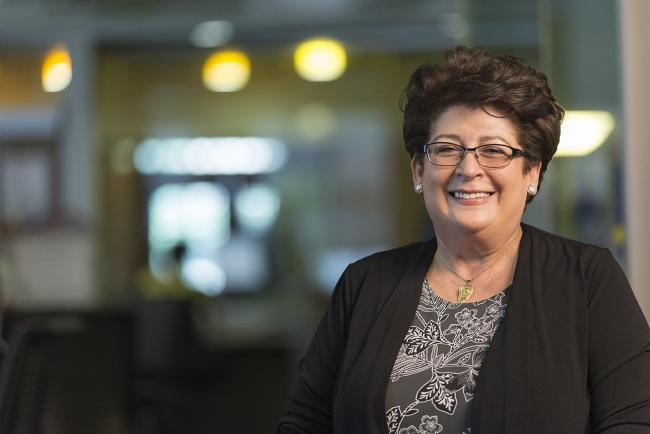 April 19, 2018 GRAND RAPIDS, Mich. — Grand Rapids Community College's 2018 Faculty Emeritus is a woman who continues to advocate for students -- even after her retirement.

Fátima Nieves is the first Hispanic staff member to receive the honor, which will be given to her during GRCC's commencement at 7 p.m. April 27 at Ford Fieldhouse, 111 Lyons St. NE.

Nieves started her career in 1979, working with English as a second language students in the Grand Rapids school district. In 1985, she became an academic advisor with what was then Grand Rapids Junior College. She was known for her patience in helping students -- especially international students and those who spoke limited English -- navigate higher education. Colleagues say she always brought the student perspective to processes and proposed changes, and was a dependable volunteer at events on and off campus.

But she also realized that there is more to helping students succeed than just getting them in the classroom. She connected them to community resources to make sure they had the support they needed to achieve their academic goals.

Nieves retired as a faculty advisor in what was then the Counseling and Career Center in 2015 -- and missed working with students almost immediately. Within a year, she was back, helping with advising, orientation and other events in the newly renamed Academic Advising and Transfer Center. She also volunteered to review graduation audits that had been denied. She re-examined transcripts and degree requirements and told students what they needed to do to finish their degree. Of the 117 audited students who would have been denied graduation in the Winter 2017 Semester, she was able to help 95 -- 81 percent -- of them graduate.

She is the first person in the Academic Advising and Transfer Center to receive Faculty Emeritus.

"During her career at GRCC, she consistently went above and beyond in order to serve our students to the highest standard, making them feel valued and important here," he said. "We continue to benefit from her generosity with her time and experience."