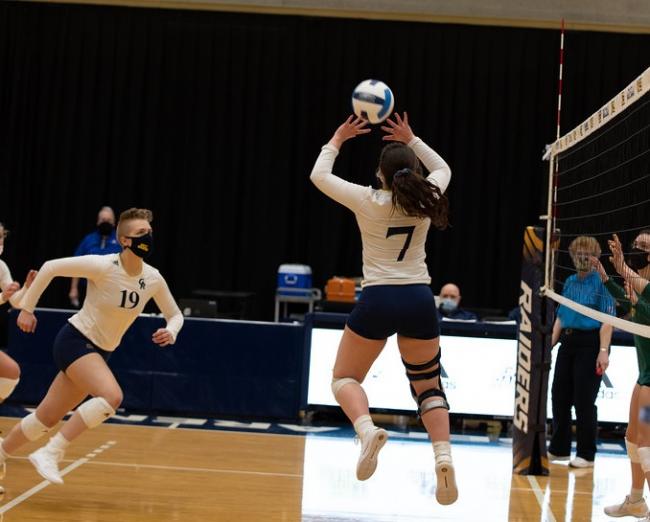 The Raiders finished the season with an 8-5 overall record, a second-place conference finish and a runner-up finish in the National Junior College Athletic Association DII District Tournament.

Kailey Carmean and Kara Hecht were named Honorable Mention All-Conference and Hecht was named to the All-Freshman team.

Oberlin put together an impressive sophomore campaign as a middle blocker. After being named Honorable Mention All-Conference as a freshman, the Fruitport native played in all 13 matches and led the team in kills with 124, paired with a team-high hitting percentage of .293. Oberlin also led the team in total blocks with 29 and points per set, 3.5.

Kitley, of Grand Ledge, played in 12 matches and finished second on the team in hitting efficiency with .261, third on the team in kills with 113, and third in blocks with 21.

Holesinger, a Rockford native, played in all 13 matches and finished second in kills with 118, second in blocks with 27, and third in hitting efficiency, with .180.

Carmean, also from Fruitport, was one of just three Raiders to play in all 45 sets. She led the team in assists with 348, was second in service aces with 17, and third in digs, with 88.