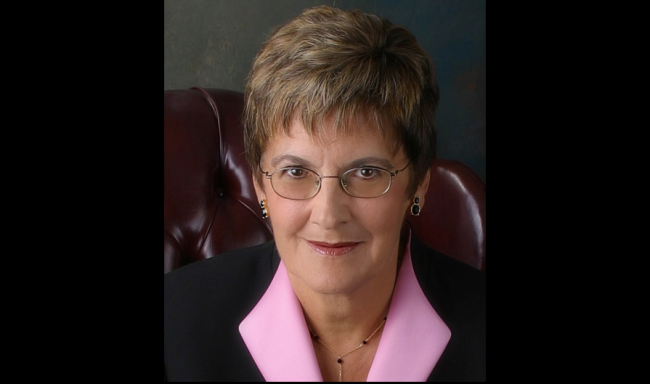 Sept. 7, 2022, GRAND RAPIDS, Mich. – Janice Maggini is being remembered as a passionate, lifelong educator who played a key role in Grand Rapids Community College’s leadership as a founding member of the board of trustees.

Maggini passed away on Tuesday after a long illness. She was 85.

“Jan was a wonderful person who for decades had a tremendous impact on GRCC and its students,” GRCC Interim President Juan Olivarez said. “She was a leader in policy governance to help the college run effectively. She always kept the focus on our students, tirelessly advocating for them, and making sure that all students, credit and non-credit, had access to the same support and benefits.”

Maggini graduated from what was then Grand Rapids Junior College in 1956 before earning bachelor’s and master’s degrees at Michigan State University.

She taught in the Wyoming Public Schools, earning honors as the 1990 Junior High School Teacher of the Year, and was named one of 10 Outstanding Women of Wyoming. She retired in 1997 as assistant principal at Jackson Park Middle School.

“My passion for education began here in the fall of 1954,” Maggini said about her time as a GRJC student. “GRCC has been a fortress in the face of adversity throughout its history, a haven for quality learning for me and countless students for generations.”

Throughout her education career, Maggini remained committed to GRCC. She was a founding member of the board of trustees, serving from 1991 to 2011, and was named board chair in 2003. She also served on the GRCC Foundation board of directors from 2011 to 2018. She was a trustee-director to the Michigan Community College Association and was elected chair of its executive council in 2003.

“Jan’s leadership was rooted in an understanding of the challenges faced by so many of our students, and what the college and the community could do to support them,” said Dr. Kathryn K. Mullins, vice president of College Advancement and executive director of the GRCC Foundation. “She continued to support them after her time with the trustees through the foundation and a scholarship her family established.

The scholarship fund established by Maggini, her husband, Frank, and their family is in memory of Erma Ostapowicz, “Grandma O.” It is awarded to women who have faced adversity and are enrolled at Grand Rapids Community College part time.