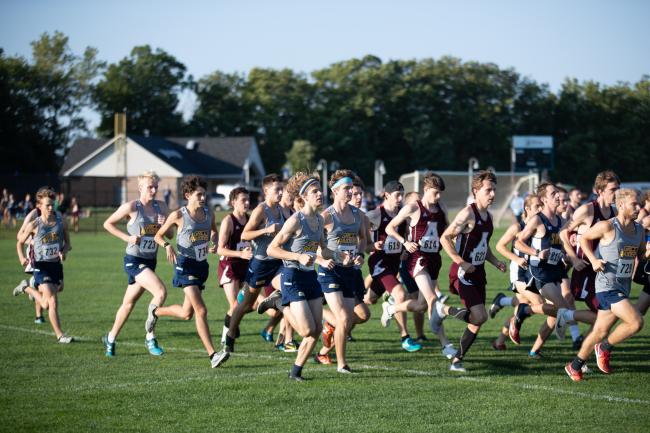 Men's team coach Rob Hyde was impressed by his team’s performance, even though 2021 All-American Coleman Clark was again unable to run.

"Most guys ran faster through their 5K during the 8K run today," Hyde said. "Mason had a very positive run race setting him up for what could be a very special freshman season while Andrew (Periard) and Dan (Kehoe) pushed each other to good performances. Overall, we're moving in the right direction and I'm very proud of our men today."

Kolhoff finished with a time of 27:28 good enough for 34th place out of 123 total runners.

Freshman Kehoe and sophomore Periard had fine performances as well, both finishing in under 29 minutes with times of 28:46 and 28:52.

All-American Kaylee Scott again led the women's team in a field of 108 runners, finishing in 37th place with a time of 24:56.

GRCC is next scheduled to compete in their first home meet of the season which will be a 5K run for the women and 8K for the men.  That event is scheduled for Sept. 17, and it will again be held at the Gainey Athletic Complex.