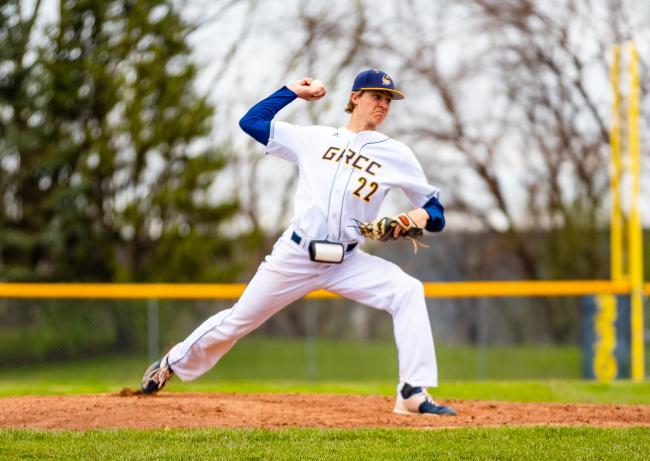 Engelsman was a two-way baseball player for GRCC, He batted .309 and had 15 extra base hits and pitched 58 innings, the second-most among GRCC players, while picking up five wins. But it was his superb defense that won him the Gold Glove award, posting a .963 fielding percentage.

"Caleb defensively is as good as I have seen at the JUCO level," head coach Mike Eddington said. "It's not easy being a two-way player in college and it didn't affect him defensively. He worked daily on his infield drills and it's great to see his hard work has paid off."

The Rockford native also was named Second Team All-Conference for his play on the field and Michigan Community College Athletic Association Western Conference All-Academic - for the second season - for his work in the classroom.

Engelsman is committed to play at Indiana Wesleyan University next season and is preparing to study medicine.

The baseball team finished the 2022 campaign second in the MCCAA Western Conference and in third place in the region. GRCC's season included a 17-win streak that was snapped in the late rounds of the NJCAA Region 12 tournament.

Calvin Syrjala was the most recent GRCC player to earn a Gold Glove, getting the honors in 2019.