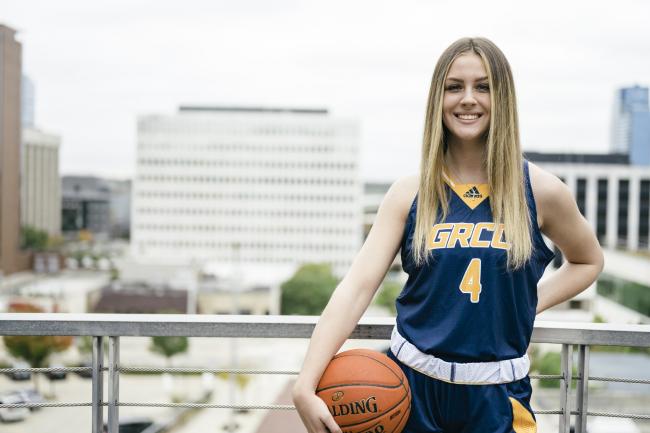 Nov. 23, 2021, HOLLAND, Mich. -- Grace Lodes was one point away from her first career triple-double, but it wasn't enough as the Grand Rapids Community College women's basketball team fell to the Hope College junior varsity team 61-41 on Tuesday.

GRCC, playing without one of its starters due to illness, connected on just two of its first 14 shots and trailed 17-7 after the first quarter. At the half, Hope had a commanding 38-13 lead.

GRCC outplayed the Hope in the second half, outscoring it 28-23, but the first half deficit was just too much to overcome.

Head coach David Glazier said he was disappointed in the loss, but liked the way his players battled in the second half.

“Nothing taken away from the way Hope played, but our poor first-half shooting was a key,” he said. “We had plenty of good looks, just didn’t finish them. This team continues to get better.  I saw some growth out of some new players tonight that has me excited as we push towards conference play."

GRCC won't be back in action until it heads to the St. Clair County Community College Tournament in Port Huron on Dec. 3.