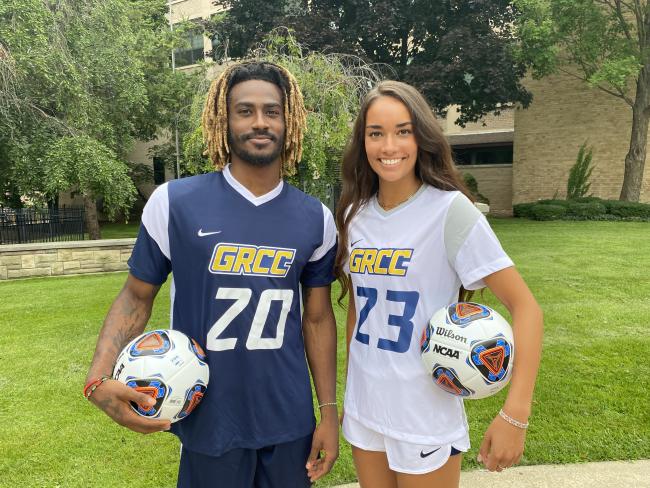 Sept. 15, 2022 - GRAND RAPIDS, Mich. – Soccer is coming to Grand Rapids Community College, a move that Athletic Department leaders say is a response to a growing interest in the sport nationally and an increasing number of requests from potential student-athletes.

Athletic Director Lauren Ferullo said men’s and women’s soccer teams will be ready to compete in fall 2023. It will be the first time GRCC has fielded soccer teams.

"I'm ecstatic to be able to add men's and women's soccer to our offering of sports here at GRCC," Ferullo said. "As a former college soccer player and head coach, the sport is near and dear to me.”

Ferullo said soccer is currently the most asked about sport from prospective student-athletes when they visit campus.

“Adding the teams will create opportunities for our students in the community that we serve,” she said.